Mr and Mrs M saw our Investment Facebook post in February 2018 and came to us about a complex HSBC Wealth Guaranteed Capital Account (GCA) investment policy that they had been sold in late 2005. They were unaware that they could make a claim about this until they spoke to us.

They had approached HSBC 13 years prior with £140,000 they wanted to invest, without wishing to risk their capital. Meaning they were expecting small, but consistent returns.

The nature of the policy they were sold is such that 50% of the capital is placed into an ‘Income Fifty’ account, which guarantees a return rate of the Bank of England base rate plus 1%. This half was safe. The other 50% is placed into a ‘Capital Growth Fifty’ account, which is linked to the FTSE 100 index. Linking to the stock exchange is putting capital at risk. They had not wanted to risk any of their capital.

The HSBC advisor conducted their fact finding questionnaires with our client and even though the outcome of this was that they did not want a product that risked their capital, they were still advised to take out the Capital Growth Fifty at a term length of 6 years.

Unfortunately the GCA product HSBC offer does not guarantee the capital will not be lost.

Our complaint to HSBC Wealth was submitted on behalf of Mr and Mrs M, pointing out that their capital was at unnecessary and unwanted risk. We considered the product to be unsuitable and too complex for the layman to understand.

Mr and Mrs M wanted to use the policy to draw money from over the coming years, before the term was due to mature. The GCA product they were sold did not meet their needs for this at all and were financially penalised for doing so.

The Income Fifty account only paid out monthly interest as long as the capital was left untouched for the duration of the term. If any money was taken from the account before the maturity date, no further interest was paid at all. As Mr and Mrs M wanted to draw income from this policy almost right away, clearly this product was not suited to their needs. 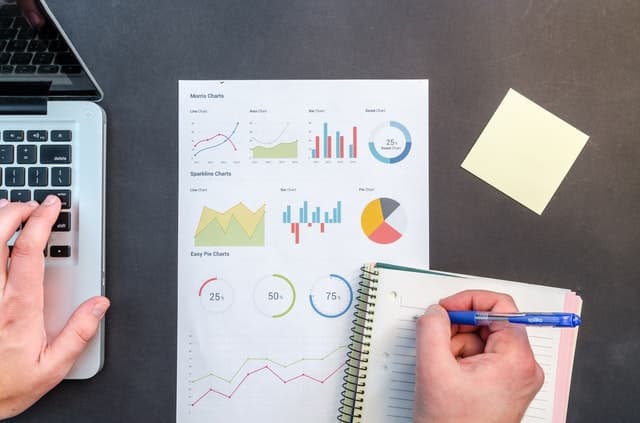 The initial response to our complaint from HSBC Wealth was a rejection. They claimed that the product was suitable for their needs, it was what our client wanted and that there was no compensation due. We knew this to not be a fair evaluation of the situation and subsequently submitted the complaint to the Financial Ombudsman Service (FOS) for an independent review.

When we received the decision from the FOS adjudicator, we were delighted to see that they had agreed with us. This GCA policy was mis-sold to Mr and Mrs M and compensation was due.

The adjudicator decided that the £70,000 in the Income Fifty account was properly placed, as no money was, or could have been lost although interest was lost. The Capital Growth Fifty account was the account to be compensated upon. The adjudicator saw fit that only 50% of the Capital Growth Fifty pot was invested incorrectly and that only 50% of that pot should be put into the calculation to determine what financial situation our clients should have been in had they invested their money in the right account for them.

Our experts here at It IS Your Money disagreed with the adjudicators decision, believing that if they agreed the Capital Growth Fifty was unsuitable for our clients needs, then the whole account balance should be taken into consideration when calculating any compensation.

We escalated this beyond the adjudicator to an ombudsman. Their decision was one that matched our experts opinion; the whole of the account should be taken into consideration.

The ombudsman decided that the correct investment policy our clients should have been sold, was a product that would have paid an annual interest of 4.57%. This means that the difference between the interest actually earned on the policy and the 4.57% they should have earned, is what makes up the offer of compensation.

An extra 8% simple interest per year is also added to the offer.

HSBC Wealth were made aware of this financial decision and instructed to generate an offer of compensation with the correct figures.

The offer came through from HSBC for Mr and Mrs M which came to a total of £31,733.93 in compensation for our clients.

Our in-house investment experts working on this case deserve a special mention for doubling this offer of compensation for our clients. Not only did they challenge HSBC Wealths final decision to reject the claim, but they felt strongly that the adjudicator at the FOS was also not concluding to a fair decision for our clients; even though an offer of many thousands of pounds was on the table.

The ombudsman thankfully agreed with their points, the whole of the Capital Growth Fifty policy was wrongfully sold and double the compensation was required.

To have the It IS Your Money investment experts look into your policies, please fill in the form below and we’ll call you back.