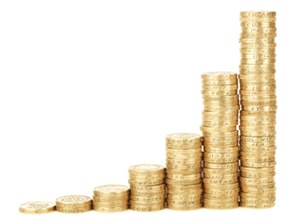 Mrs C spotted our online advert in June 2021 and consequently decided to contact us regarding her Free Standing Additional Voluntary Contribution (FSAVC) plan, in the hopes that we could look in to whether or not it had been appropriately sold to her.

Based on the policy information we were provided with, we were almost immediately able to issue our bespoke Letter of Complaint to Teachers Assurance. Fairly soon after this, we received the result of their investigation – which was to uphold the complaint, based on the difference in charges between an FSAVC and the alternative In-House AVC.

However, upon review of this decision and drawing on our vast experience, we were very quickly led to believe that it had been made on the wrong basis. Rather than being based on charges, we felt that it should have been based on added years instead. In order to obtain further evidence of this which supported our view, we requested point of sale documentation from Teachers Assurance. Once these documents were received and after a few details were ironed out with Mrs C, we went ahead and lodged an appeal, which asked for added years to be considered.

In response to our appeal, Teacher Assurance then asked for us to complete a short questionnaire with Mrs C. In addition to this, they also required some documentation from both the Teachers’ Pension Scheme and the Local Government Pension Scheme, both of which Mrs C had been a member of at one time or another. This was to be used to compare her FSAVC and the alternative options she may have had access to within the confines of her main schemes. We promptly guided Mrs C through obtaining all these details, some of which required more time and effort than others. There was, for a time, some confusion regarding when Mrs C joined her first main scheme. However, with our assistance and through further contact with that scheme, we procured Mrs C’s employment history and were able to clarify this detail. We proceeded to pass to Teachers Assurance, everything that we were able to acquire.

After all this, we were delighted to receive confirmation that Teachers Assurance had taken all the additional information we were able to supply on board and had altered the basis on which they upheld the complaint. Now that we were happy with the way that they planned to continue, they then went on to calculate the financial loss that Mrs C had suffered.

Ultimately, our continued efforts culminated in an offer of redress totalling a very agreeable amount of £12,974.63, which, after checking thoroughly, we instructed Mrs C to accept. It is important to note that, without our determination and push for a review into the original decision, the total compensation value would instead likely have been only around £2000 (a difference of at least £10,000).